I've also done a ton of commission work, some of which is highlighted on this portfolio, amongst other things I was a regularly commissioned artist on Fiverr and did over 150 drawings (including concepts, renders, designs) and maintained a 5 star rating.

I've done themes for various Twitch and Youtube channels, logo designs, character concept drawings, full black and white and color comics, and one time I drew a pot leaf strumming on a guitar for Canfest.

It's my favorite gig ever: 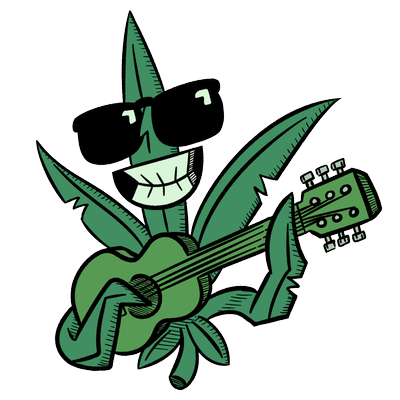 This looks fantastic! Thank You so much, Exactly what I was looking for.